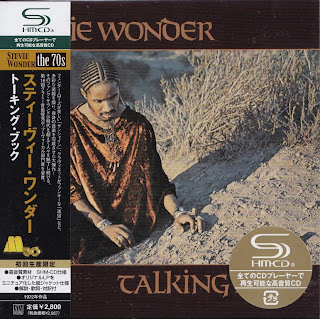 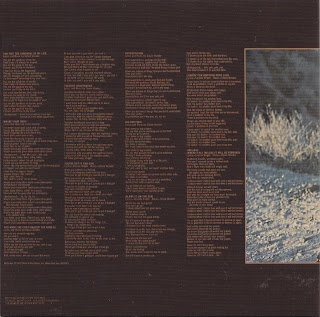 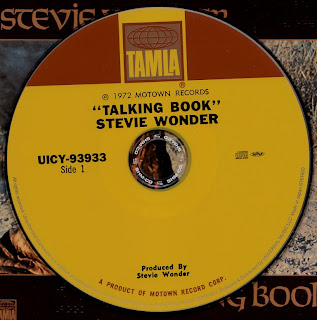 Talking Book is the fifteenth album by Stevie Wonder, released on October 27, 1972. It was the second of five consecutive albums referred to as his "classic period", along with Music of My Mind, Innervisions, Fulfillingness' First Finale, and Songs in the Key of Life.
.....................
Released after Wonder toured with the Rolling Stones in 1972, Talking Book became an immediate hit. The popular appeal of the recording helped destroy the myth that R&B artists were incapable of creating music that could be appreciated by rock audiences, and marked a unique period for R&B artists (especially Motown artists). The cover depicts Wonder with corn rows, Indian jewelry and a velvet afghan.
Sandwiched between the release of Music of My Mind and Innervisions, Talking Book saw Wonder enjoying more artistic freedom from Motown. Guest appearances include Jeff Beck, Ray Parker, Jr., David Sanborn, and Buzzy Feton (Howard "Buzz" Feiten). The sound of the album is sharply defined by Wonder's keyboard work, especially with the synthesizers he incorporated, giving a funky edge to tracks like "Maybe Your Baby". His use of the Hohner clavinet model C on "Superstition" is widely regarded as one of the definitive tracks featuring the instrument.His swinging clavinet and harmonica embellishments on "Big Brother", though, defy categorization.
Wonder won three awards for Talking Book at the 1974 Grammys: Best Male Pop Vocal Performance for "You Are the Sunshine of My Life", and both Best Male R&B Vocal Performance and Best R&B Song for "Superstition".
Here
Posted by Georgie Hirezola at 03:14 8 comments: 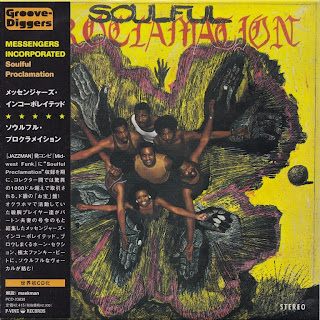 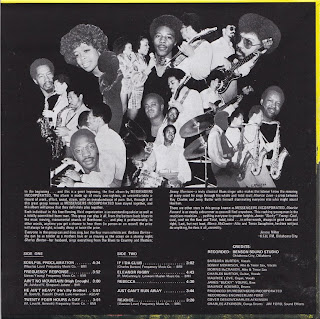 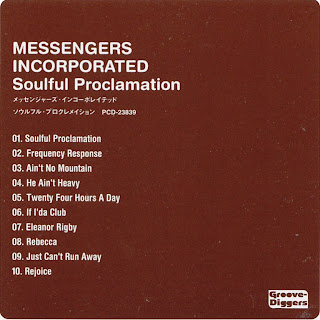 Ultra-hip funk from Oklahoma's Messengers Incorporated -- a group who come across with a sound that's every bit as righteous and heavy as you might guess from the cover! Instrumentation is heavy on bass, guitar, and organ -- and topped with some great saxophone work too -- all in a sound that's draws plenty of inspiration from righteous jazz of the early 70s, but which focuses the sound into a more funk-based approach overall. Vocalists shift throughout -- and include singers Barbara and Charles Burton, later of Burton Inc -- who help give the record as much of a soul-based punch alongside the jazzy instrumentation of the combo! The whole thing's a real heavy hitter -- the kind of album that could have soared large, had it gotten wider release back in the day -- and titles include "Rejoice", "Just Can't Run Away", "Soulful Proclamation", "Frequency Response", "Ain't No Mountain", "Twenty Four Hours A Day", and "If I'Da Club".[Dusty Groove America]
Here
Posted by Georgie Hirezola at 02:25 3 comments: