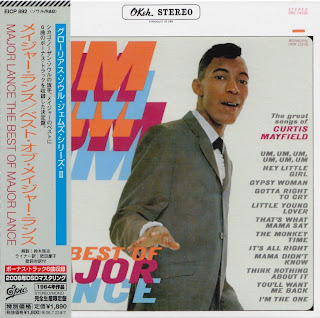 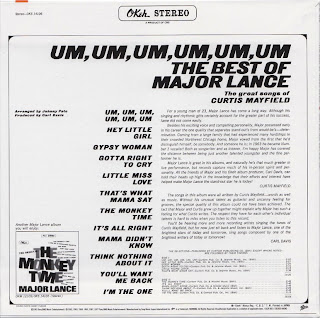 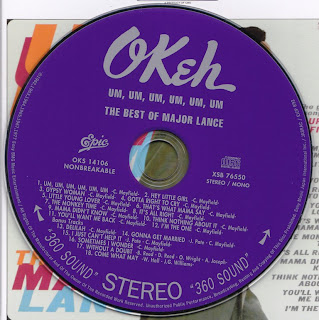 Blessed with a warm, sweet voice, Major Lance was one of the leading figures of Chicago soul during the '60s and the top-selling artist for OKeh Records during the decade. Lance not only had a lovely voice, but his material was excellent. During the height of his success, the majority of his songs were written by Curtis Mayfield and produced by Carl Davis, and the pair developed a smooth, Latin-flavored sound that was punctuated by brass and layered with vocal harmonies, usually from the Impressions. It was urban, uptown soul and while it was considerably less gritty than its Southern counterpart, its breezy rhythms and joyous melodies made songs like "The Monkey Time" and "Um, Um, Um, Um, Um, Um" some of the most popular good-time R&B of its era. Major Lance's career declined significantly after he parted ways with Mayfield and Davis in the late '60s, but his classic OKeh recordings remain some of the best-loved soul music of the decade.
.........................
In 1962, Lance was signed to the revived OKeh Records, based on his connections with Otis Leavill and, especially, Curtis Mayfield, who signed with the Impressions to ABC Records and had hits with his own group. Later that year, Lance recorded his first single, "Delilah," for the label. Like most of the Major's material, the song was written by Mayfield who, along with OKeh president Carl Davis and arranger Johnny Pate, developed a distinctive, Latin-tinged sound for the record, filled with sliding trombones and a light-stepping rhythms in order to distinguish Chicago soul from its counterparts in the South, New York, Detroit, and California. Though "Delilah" wasn't a hit, Lance's second single, "The Monkey Time," was a monster. Released in the summer of 1963, "The Monkey Time" reached number two on the R&B charts and number eight pop, establishing not only Lance as a singer but the revitalized OKeh Records as a pop music force. "Hey Little Girl" was a Top 15 pop and R&B hit later that year, followed by the Top Ten "Um, Um, Um, Um, Um, Um" early in 1964.[allmusic]
Here
Posted by Georgie Hirezola at 23:41 9 comments: 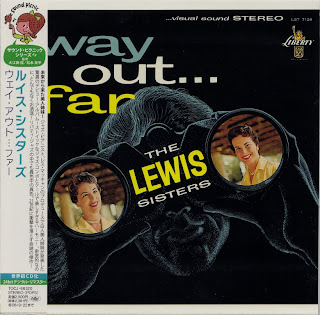 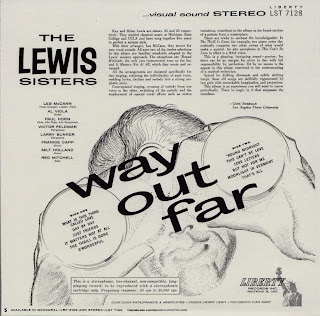 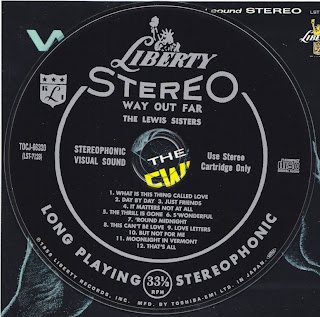 Helen and Kay Lewis', two sisters from Michigan, names cropped up on Motown albums and some single releases in the '60s, such as Gladys Knight & the Pips' "Just Walk in My Shoes." But their careers didn't begin at Motown, rather, in the '50s as jazz singers and songwriters. After high school, Kay attended Michigan State University and earned a degree in music; Helen graduated from UCLA with the same degree.
.......................
In 1955, Kay, whose primary instrument is guitar, moved to California to join her sister Helen who plays piano. They befriended jazz pianist Les McCann in 1958 and he got them a deal with Liberty Records where they recorded a jazz album entitled Way out...Far. McCann played piano on the session and Paul Horn played alto sax. Next came a few sides for Chess/Checker records, including "Come on Let's Stroll," which found its way onto the Checker LP Hits That Jumped in 1959. A year later they cut what Kay describes as a weird album for Verve Records. The Russ Garcia produced Voices, Strings and Percussions was quite odd, Garcia used the sisters' voices like violins on the 1960 album of Tchaikovsky songs.
.......................
They met Hal Davis in California and through Davis' partner Marc Gordon, got them inked to Motown in 1963 as recording artists, but their only releases as artists came two years later on the company's VIP subsidiary. "He's an Oddball" b/w "By Some Chance" and "You Need Me" b/w "Moonlight on the Beach" were good records, different from their early jazz and voice albums, more mainstream. 11 days before the release on their final single, Kay's daughter Little Lisa emerged on VIP as well with "Hang on Bill" b/w "Puppet on a String" (August 20, 1965). The dynamic sisters appeared with Chris Clark on Clark's November, 1965, single "Do Right Baby, Do Right." Nothing hit with much authority and no more recordings were issued. Helen and Kay's songs were being snapped up mostly as album cuts by other artists including the Miracles' "Baby, Baby" and Edwin Starr and Blinky's LP Just We Two which featured "Can't We Be Strangers Again" and "I See a Rainbow."...[All Music Guide]
Here
Posted by Georgie Hirezola at 19:26 3 comments: 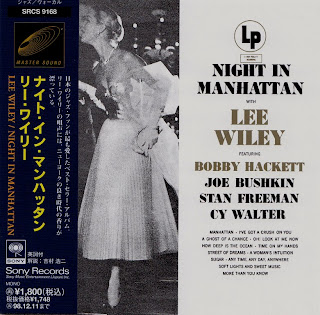 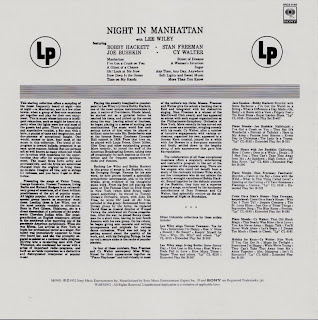 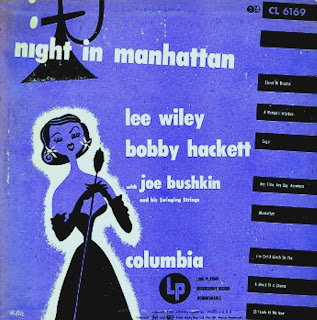 "Lee Wiley was one of the greatest and most neglected American vocalists. Wiley began in the early '30s as a torch singer and was a formative influence on the young Billie Holiday. Wiley also pioneered the concept of the "composer's songbook" with her 1939 Cole Porter and Gershwin sets for the specialized Liberty Music Shop label. Still, it wasn't until the early '50s that Wiley recorded again in a commercial setting worthy of her stature.
.........................
Several disparate Columbia sessions make up NIGHT IN MANHATTAN. One session features a small string section, another the great trumpeter Bobby Hackett, and another the piano team of Stan Freeman and Cy Walter. Still, the eventual LP was held together by Wiley's stylistically consistent and utterly honest delivery, an approach to song (and life) both wistful and sophisticated at once. "I've Got a Crush on You" rivals Sinatra's celebrated 1945 version (again with Hackett providing the trumpet obligato), but it is the moving, emotionally stripped-down versions of "How Deep is the Ocean," "Time on my Hand" and "More Than you Know" that provide the key to her art."(Joe Sarno, Muze)
Here
Posted by Georgie Hirezola at 18:00 3 comments: