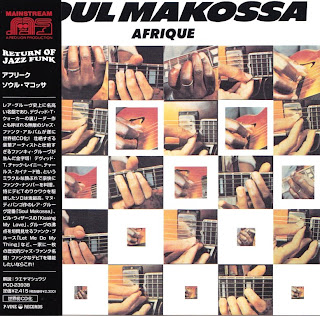 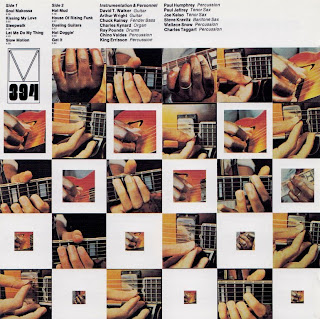 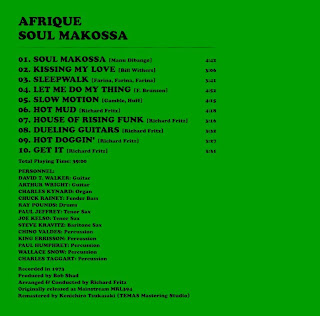 A killer album of Afro Funk -- with a very unusual origin! In the wake of Manu Dibango's big hit (and some kind of failure to register the copyright), many many versions of "Soul Makossa" were recorded and released, some good, some bad. This album is a good example of that situation -- kind of a quickie project issued by Mainstream Records to cash in on the hit -- but it's also an amazing bit of lost funk, and a record that's lasted for years in the hearts of beatheads! The group's a studio combo headed by Richard Fritz -- and includes funky drummer Paul Humphrey, organist Charles Kynard, and guitarist David T Walker -- all players we can trust to keep things groovy. The record does include a version of "Soul Makossa" that's pretty great -- but even better is the breakbeat classic "House Of The Rising Funk", apparently the same version of the track that was issued on a 45 under the name The Chubukos. Other nice ones include "Kissing My Love", "Hot Mud", "Get It", "Hot Doggin", and "Let Me Do My Thing".
Here
Posted by Georgie Hirezola at 00:32 5 comments: 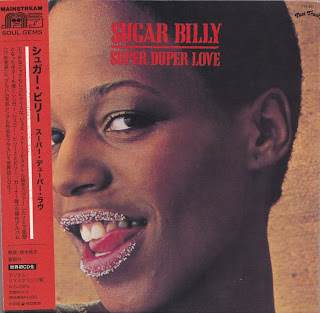 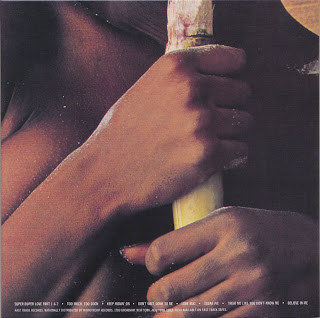 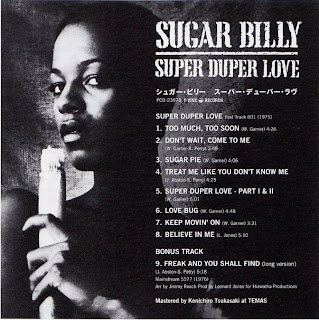 A classic indie cooker from Sugar Billy -- a bit funky, a bit clubby -- and a really great batch of grooves done in a pre-disco mode! The tracks are all pretty darn upbeat -- somewhat warmer than the funk of Fatback or Kool & The Gang, but still with a nicely rough-edged feel overall -- one that mixes snapping rhythms with Billy's slightly raspy vocals -- all in a groove that's somewhat unique, and which is almost a hybrid of southern soul modes and some of the indie styles bubbling out of the New York scene in the early 70s. Arrangements are by Jimmy Roach, who definitely helps the group groove -- and a young Marcus Belgrave is actually in the group on Trumpet! Titles include the classic "Super Duper Love (parts 1 & 2)", plus "Treat Me Like You Don't Know Me", "Love Bug", "Sugar Pie", "Too Much Too Soon", and "Believe In Me". CD also features a great bonus track -- the single-only "Freak & You Shall Find", presented in the long version!
.......A GREAT FUNK ALBUM!!! DON"T MISS IT.
Here
Posted by Georgie Hirezola at 03:44 11 comments: