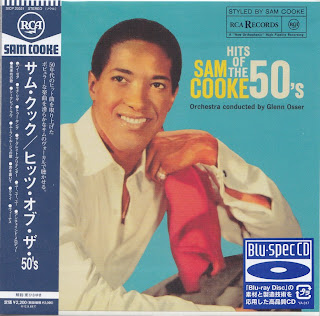 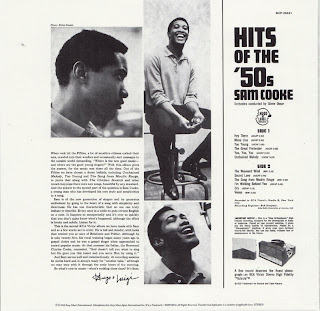 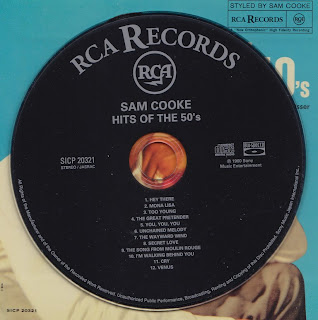 Sam Cooke was the most important soul singer in history -- he was also the inventor of soul music, and its most popular and beloved performer in both the black and white communities. Equally important, he was among the first modern black performers and composers to attend to the business side of the music business, and founded both a record label and a publishing company as an extension of his careers as a singer and composer. Yet, those business interests didn't prevent him from being engaged in topical issues, including the struggle over civil rights, the pitch and intensity of which followed an arc that paralleled Cooke's emergence as a star -- his own career bridged gaps between black and white audiences that few had tried to surmount, much less succeeded at doing, and also between generations; where Chuck Berry or Little Richard brought black and white teenagers together, James Brown sold records to white teenagers and black listeners of all ages, and Muddy Waters got young white folkies and older black transplants from the South onto the same page, Cooke appealed to all of the above, and the parents of those white teenagers as well -- yet he never lost his credibility with his core black audience. In a sense, his appeal anticipated that of the Beatles, in breadth and depth.
...........................
Sam Cooke's second RCA album is mostly a missed opportunity, in terms of representing much about Sam Cooke as an artist or singer -- having him cover pop hits of the previous decade wasn't a terrible idea on its face, but Cooke was still getting accustomed to working at RCA, and he wasn't inspired by the material or the way it was chosen, and the result is an album aimed at what the label thought the white teenage market was all about (and what the company thought the parents of those kids would be most comfortable with them buying from a black recording artist), that's a lot less interesting than some of the singles, including "Chain Gang" and "Wonderful World," that he was doing around the same time. His versions of hits associated with Nat "King" Cole, Johnnie Ray, and the Platters should have made for a more interesting record. Hits of the Fifties is still an improvement over its immediate predecessor, Cooke's Tour, but it's also one of the records that for many years -- in the absence of his best material being available -- blighted Cooke's reputation as a soul singer.[allmusic]
Here
Posted by Georgie Hirezola at 02:43 7 comments: 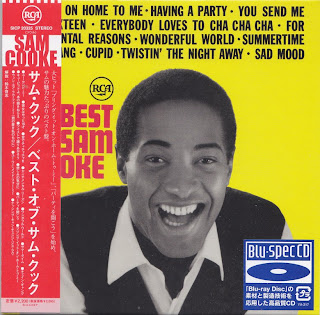 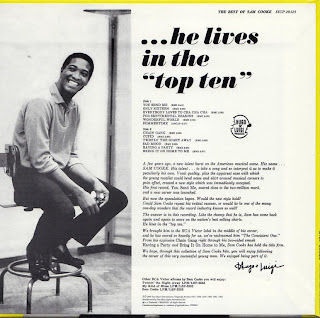 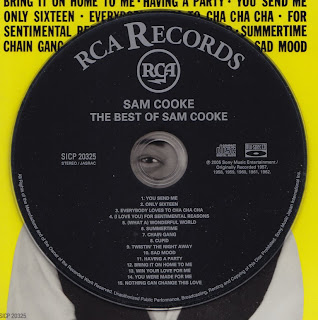 This original 1962 LP compilation is the perfect introduction to the soulful pop of Sam Cooke. It contains all of his best-loved songs in their original versions and represents the wide variety of moods the man conjured with his music. His unique vocal style combined the smooth, tasteful pop approach of Nat King Cole with a grittier, more emotive soul sound.
His compositions brought those two worlds together in a similar manner, the worksong providing fodder for the melodic pop of "Chain Gang," for example. "You Send Me" is the ultimate expression of romantic rapture, while "Sad Mood" is the most mournful of lost-love songs. Somehow, even when capturing a sense of celebration ("Having A Party," "Twistin' The Night Away") there's still a subtle twinge of sadness in Cooke's expressive voice, giving his performances an extra layer of depth.
.......................
Originally released in August 1962 under the title The Best of Sam Cooke, Volume 1 [RCA 2625], this album was reissued in 1965 as The Best of Sam Cooke [RCA 3466, later RCA 3863]. An above-average greatest hits collection, although no sampler could fully convey Sam Cooke's genius. It has since been reissued on CD [RCA 3863], so at least it's still in print.
Here
Posted by Georgie Hirezola at 02:34 2 comments: