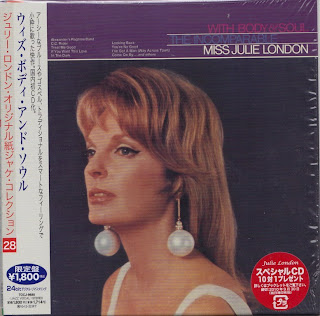 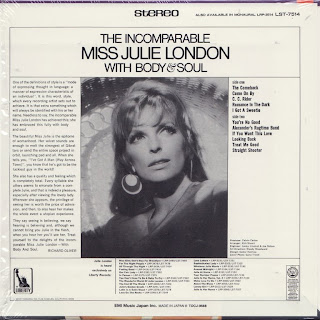 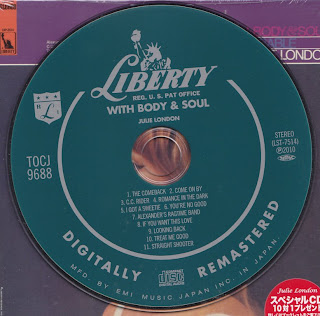 Short Bio
A sultry, smoky-voiced master of understatement, Julie London enjoyed considerable popularity during the cool era of the 1950s. London never had the range of Ella Fitzgerald or Sarah Vaughan, but often used restraint, softness, and subtlety to maximum advantage. An actress as well as a singer, London played with heavyweights like Gregory Peck and Rock Hudson in various films, and was married to Jack Webb of Dragnet fame for seven years before marrying songwriter Bobby Troup ("Route 66"). London performed her biggest hit, "Cry Me a River," in the Jayne Mansfield film The Girl Can't Help It. After recording her last album, Yummy, Yummy, Yummy, in 1969, she continued to act -- playing a nurse on the NBC medical drama Emergency from 1974-1978. Despite her "sex symbol" image -- London was known for her sexy LP covers, which make them collector's items -- she was surprisingly shy, and left show biz altogether in the late '70s. In the mid-'90s London suffered a stroke, which led to a half-decade of poor health and ultimately contributed to her death on October 18, 2000.
.........................
This is one of my favorites!
Just a soft touch of the blues by the talented smoky-voiced Miss London and the magic spreads throughout the album.
Great!!!..Just Great!!
Here
Posted by Georgie Hirezola at 03:33 8 comments: 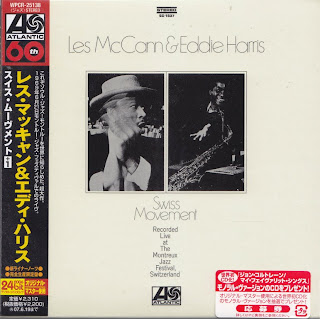 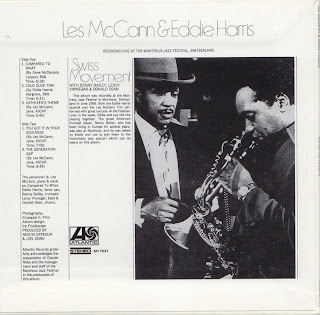 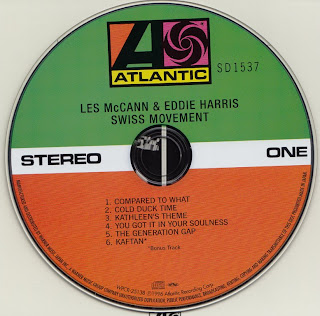 When Les McCann interpolates the melody of "Age of Aquarius" in the introduction to "Compared to What," one sits back and says, "Ah yes, 1969." But he more than pulls it off, leading into a rambunctious and utterly infectious rendition of the classic piece, replete with exhortations of "Sock it to me!" This piece, written by Gene McDaniels, has to be one of the masterpieces of jazz-pop and the album could be recommended for its inclusion alone. Happily, the remainder of this live set, recorded at the Montreux Jazz Festival in Switzerland (originally released on Atlantic), follows a similarly joyful and funky path, even if the group never quite scales the same heights. Saxophonist Eddie Harris' "Cold Duck Time" is as down-home as its title, and McCann's wincingly named "The Generation Gap" is as relaxed and cool as a lakeside breeze. Harris brings a needed tinge of free playing to the band, erupting into the occasional impassioned snarl while never neglecting the soulful roots. Trumpeter Benny Bailey also deserves special mention, his every contribution sharp and to the point. Altogether a fine recording, providing a shining example of what could be achieved in the soul-jazz genre without giving in to slickness in the slightest.[allmusic]
Here
Posted by Georgie Hirezola at 03:03 2 comments: 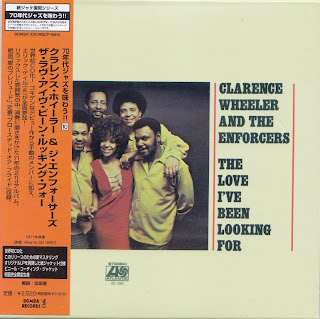 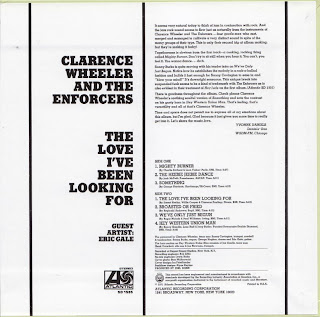 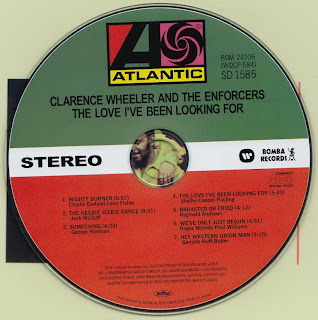 The second fantastic album from Chicago saxophonist Clarence Wheeler and his hard-hitting Enforcers combo – a group who were one of the brightest lights in soul jazz at the start of the 70s, really helping to keep the genre fresh and exciting! The groove here is in the tenor/organ mode first popularized in the 60s – but the overall sound is a lot more expansive, and filled with unusual time changes, complicated rhythms, and inventive solo work that go way beyond more familiar albums of this nature on Prestige or Blue Note! Sonny Burke is the organist in the group, and he's got a touch on the keys that's a lot like Jack McDuff at his best – filled with great sounds and unusual notes that always keep things interesting. Added to that is trumpet from Sonny Covington, guitar from Eric Gale, and tenor from Wheeler – all vamping and grooving in an amazing way! There's a bit of the Charles Earland sound from the same period going on here – and like Earland, the group have a great way of keeping things slightly funky, even when mellow! Titles include a great version of "Broasted or Fried", Charles Earland's "Mighty Burner", Jack McDuff's "The Heebie Jeebie Dance", plus "We've Only Just Begun" and "The Love I've Been Looking For".[Dusty Groove America]
Here
Posted by Georgie Hirezola at 02:56 3 comments: 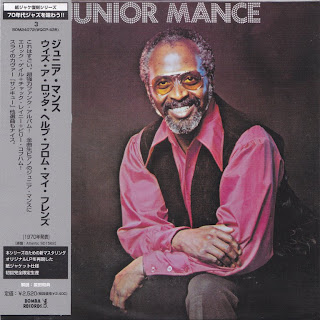 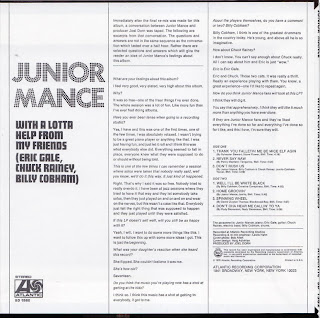 Short Bio
Junior Mance is well-known for his soulful bluesy style, but he is also expert at playing bop standards. He started playing professionally when he was ten. Mance worked with Gene Ammons in Chicago during 1947-1949, played with Lester Young (1950), and was with the Ammons-Sonny Stitt group until he was drafted. He was the house pianist at Chicago's Bee Hive (1953-1954), worked as Dinah Washington's accompanist (1954-1955), was in the first Cannonball Adderley Quintet (1956-1957), and then spent two years touring with Dizzy Gillespie (1958-1960). After a few months with the Eddie "Lockjaw" Davis/Johnny Griffin group, Mance formed his own trio and has mostly been a leader ever since. He has led sessions for Verve, Jazzland, Riverside, Capitol, Atlantic, Milestone, Polydor, Inner City, JSP, Nilva, Sackville, and Bee Hive, among other labels.
........................
"Funky breaking piano! Although Junior Mance has made some pretty mellow albums in his time, this is a great record of funky piano tracks – with a nice groove that puts it in a Three Sounds/Young Holt camp! The highlight of the record is the great "Well, I'll Be White Black", which starts with a great breakbeat – but there's a number of other great tracks, like "Thank You Falletin Me Be Mice Elf Again", "Spinning Wheel", and "Home Groovin". Players include Eric Gale, Chuck Rainey, and Billy Cobham – but Junior's piano is the hard, heavy star of the record!" [Dusty Groove America]
Here
Posted by Georgie Hirezola at 02:53 2 comments: