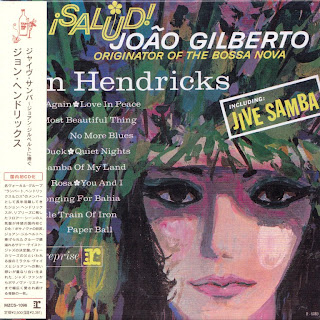 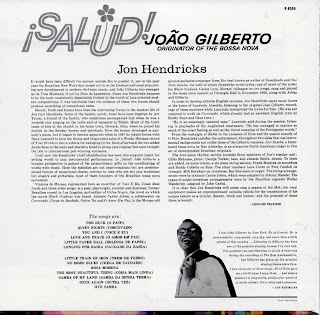 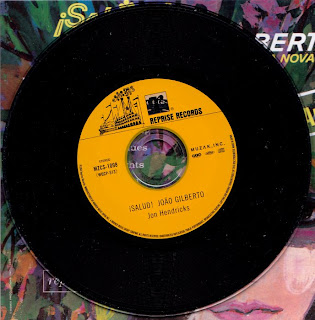 Jon Hendricks idolizes Joao Gilberto (he has spoken fondly of their first meeting where they scatted to each other before ever speaking a word), and he wasted little time putting together a tribute album at the height of the first bossa nova wave. It ought to come as no surprise that he would display total sympathy with the bossa nova manner here, singing softly and smoothly -- and Hendricks' English wordplay is quite faithful to the original tunes and meanings of the Portuguese lyrics, in contrast to his usual whimsical work with jazz improvisations. Hendricks is particularly winning, and irresistibly swinging on the rare occasions ("Voce E Eu," "Samba Da Minha Terra") when he scats to the Brazilian rhythm; he should have done more of that here. But then, his versions of Gilberto's repertoire are carefully based on Gilberto's early EMI/Odeon recordings (now available on The Legendary Joao Gilberto); even Antonio Carlos Jobim's string and wind charts for the originals are preserved by adapter Johnny Mandel. Alas, the only Hendricks lyric that has become a universal standard is Jobim's "Chega de Saudade" ("No More Blues"). As Hendricks' only album-length encounter with bossa nova, Salud! Joao Gilberto Originator of the Bossa Nova is essential.[allmusic]
Here
Posted by Georgie Hirezola at 04:09

My best friend's mom introduced me to Lambert, Hendricks & Ross when I was a teen. (And believe me, that was many moons ago). I've been a fan of his since. Thank you for this.

Funny how the title of the album uses the Spanish!

this men last name...sound so familiar to me, what kind of music play this, of course beside this, if my memory don't fail me I heard this man in a local concert.

Thank you what a great album, cheers from Melbourne Australia