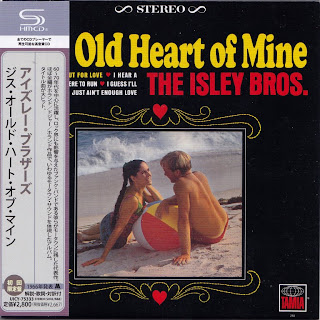 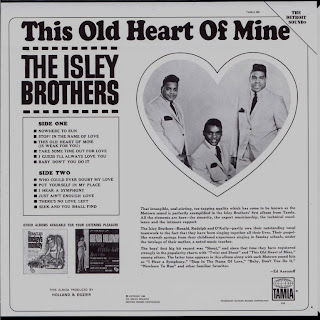 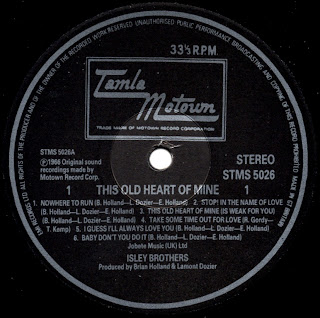 A powerful set by the Isley Brothers, who tasted success with "Shout" and "Twist & Shout" before joining Motown. Brian Holland and Lamont Dozier produced the lion's share of tracks, and wrote most of them with the aid of Eddie Holland. An infectious "This Old Heart of Mine" took off -- its throbbing beat, memorable melody, and inspired vocals are as irresistible now as they were in 1966. The urgent "Take Some Time Out for Love," with its wailing vocals, made a little R&B noise; a creation of Robert Gordy and Thomas Kemp, it's one of two tracks not handled by Holland-Dozier-Holland. The other is the insightful, biblically titled "Seek and You Shall Find," done magnificently by Ron Isley, who sings the positive lyrics with understated fire. "I Guess I'll Always Love You" is a midtempo gem sung by Ron in his natural register, as he does all these songs; the sweet falsetto he used almost exclusively in the '80s and '90s is nowhere to be found. Isley versions of "Nowhere to Run," "Stop in the Name of Love," "Baby Don't You Do It," and "I Hear a Symphony" are comparable to, if not better than, the originals.[allmusic] Here
Posted by Georgie Hirezola at 01:55

Thank you for these posts - Any chance you could re-up the Checkmates?